Priyanka has been a crew member for two years and has been involved in some of the Raise Up events and workshops including the Massey May Fair, an event that brings together the local community.

Raise Up has given Priyanka so many opportunities to become a great leader. "I was born deaf, and grew up being lonely and was never accepted in the deaf community because I could talk but never felt fully accepted by the hearing world because I couldn’t hear properly". Applying to be part of Raise Up was a brave move for her but Priyanka is more confident in her own skin and incredibly thankful for the experience.

James Toohey is a student at Mount Albert Grammar School and has been part of the Raise Up crew since early 2013. James recently reflected on his second full year, naming as chief among his highlights the Youth Development Camp, his role MCing at Food Revolution Day and a quiz night at the centre. "I’ve loved it and it’s really helped me to build my confidence," says James. " Thank you, YMCA for giving me this opportunity. I have made life-long friends and had an experience I will never forget".

YMCA Auckland’s youth development programme, Raise Up, has celebrated another successful year of creating opportunities for young people and empowering them to make a positive change in their communities.

The Raise Up team continue to encourage young people aged 13-18 to use their voice and passionate attitudes towards positive community outcomes. The programme, now in its 18th year, has grown through Auckland, Hamilton and now Tauranga, while spreading through the country. In 2018, we were able to complete the year with our first ever Graduation Dinner at Eden Park where we celebrated with over 200 people, crew, staff and parents. There were some amazing highs of the year from Walk the Line to New Found Sound we are excited to see what will appear in 2019.

Raise Up crews have hosted over 45 events throughout the year, bringing in young people from all over Auckland, Hamilton and Tauranga. This year we have seen some incredible growth and development within Raise Up and have been thrilled to expand with AKL play. Getting young people active in social sport and drop in sessions.

We are incredibly grateful to our funders and partners whose continued support has enabled us to expand our programme into more locations and ensured we can continue to provide high-quality programming. 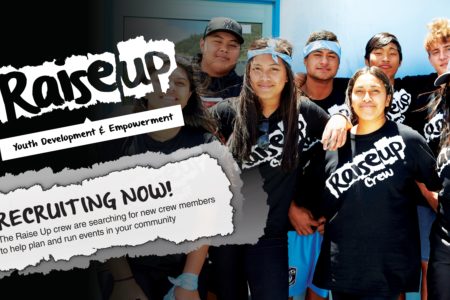 The Raise Up Crews are recruiting now.

If you are keen to be involved, fill out an application form at reception or apply online at www.raiseup.co.nz 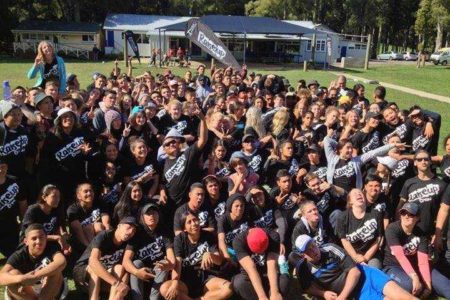 Raise Up celebrates a huge year

Raise Up celebrated another successful year of creating opportunities for youth and using their young and vibrant energy towards community good, at its annual graduation ceremony in Decemeber.